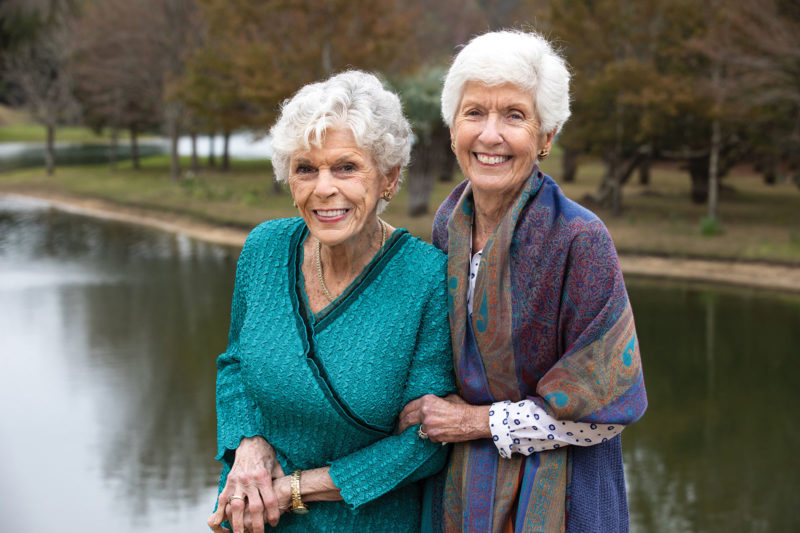 Albert Sottile, Charleston’s late, great entertainment impresario, understood the value of visual delights. He was known to spare no detail in dreaming up the gorgeously appointed, ever-transporting theaters that were the hallmark of his chief enterprise, Pastime Amusement Company.

Eyes will soon light up with another surprise. Through support of the Albert Sottile Foundation, a pair of large-scale murals, originally commissioned by Sottile for the Gloria Theatre, are being restored. The project is part of renovations at the College’s Sottile Theatre, the former Gloria that was renamed in Sottile’s honor in 1987.

“There was this incredible sense of appreciation for the arts,” says Joyce Darby of her grandfather, recounting her time working at and enjoying the fruit of Sottile’s entertainment empire, for which he served as president from its formation in 1908 until his death in 1960.

Sottile oversaw a stable of theaters that punctuated King Street and its side streets. His trademark attention to detail was evident at his crown jewel, the Gloria, the first theater he constructed. When it opened in 1927, it was featured on the front page of the News and Courier.

The article noted the grand canvases. “The mural paintings, classical in concept, were done by Italian artists from New York,” it states. “One depicts a centaur and nymphs, with an attractive landscape background, and the other suggests music and drama. On either side of these canvases are fine ornamental panels.”

Well before Darby and her sister Mary Ellen Way were old enough to attend the Gloria, the murals had been obscured by acoustic panels, which were eventually removed. Now, on the north wall of the theater, a canvas mottled with scores of circular adhesive marks quietly rests. A similarly riddled canvas that once ran the span of the south wall was previously taken down, rolled up and tucked away.

“With any new large-scale project, you’re faced with challenges,” says Art Conservator Catherine Rogers. “In this case it was the black tar adhesive to attach the acoustic tiles.” To remove the hundreds of adhesions will require a special aqueous and solvent mixtures.

Of course, such efforts would not be achievable without the significant commitment of the Albert Sottile Foundation. “This is conservation of the highest standard,” says Rogers. “For this family to understand what true preservation is and to give their support is so wonderful.”

The restored canvases promise to be as resplendent a reveal as when Sottile first ushered in crowds.  – Maura Hogan ’87