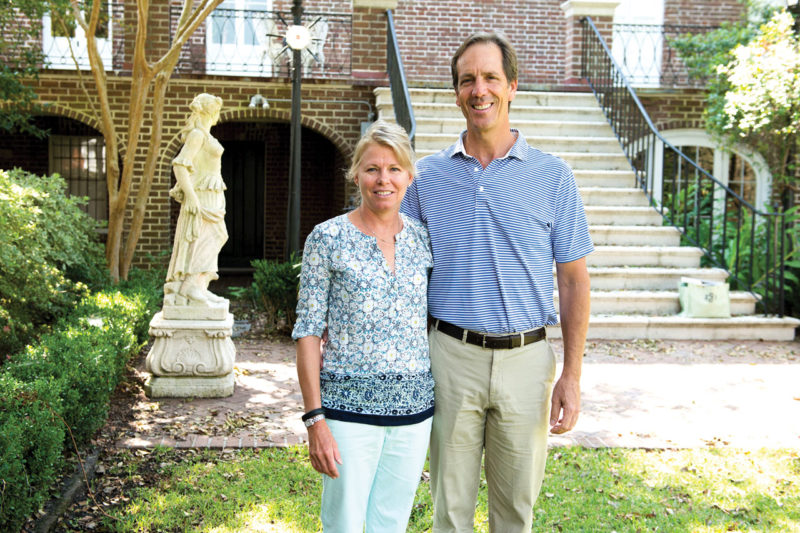 “We’ve always supported the causes that our daughter was involved in – especially education,” says Mike Frankenfield, who learned about the Parents Advisory Council (PAC) – which advocates for all CofC parents, raising money, hosting events, welcoming new families and fostering a sense of community – when he and his wife, Kelly, attended the fair at Nicole’s orientation session. “We like to get involved from a time perspective as well as financially. We try to make an impact both ways.”

They attended PAC meetings and immediately got involved with the fundraising side of the council’s mission – reaching out to other parents and encouraging them to support student programming, faculty enhancement and scholarships by giving to the Parents’ Fund, to which they also contribute. Since then, they have been active in outreach to parents of accepted students, proactively calling them to answer any questions they may have about the College.

“It’s hard to dispute that your child’s education is something you should care about and be involved in,” he adds. “And there are lots of ways to lend support and be involved in their education independently of what they’re doing. If you think your child’s education is important and that their time at the College of Charleston is valuable – and if you like the College and support its mission – get involved.”  – Alicia Lutz ’98