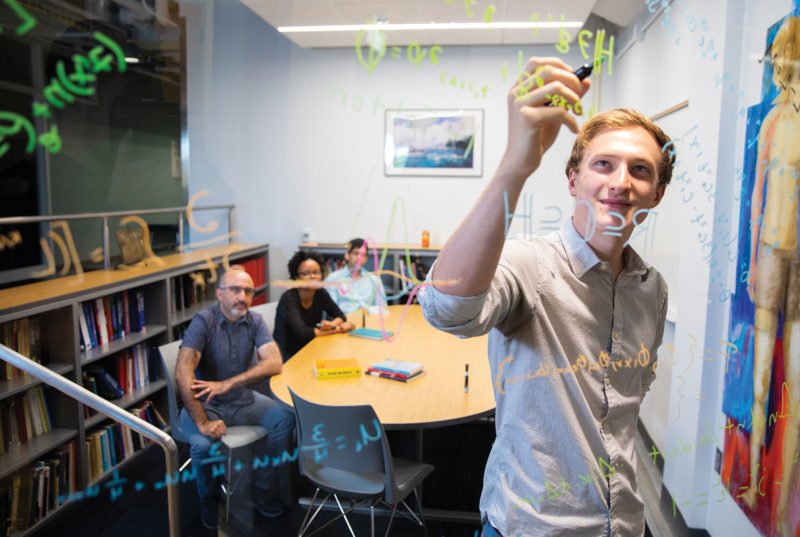 Scott Ward ’85 graduated from the College with a mathematics degree and moved to New York City where he worked on interest-rate derivatives pegged to the dollar and foreign currencies.

“Right place, right time,” says Ward, who rose to director at Merrill Lynch and lived abroad for eight years. “The products were just being invented, and I just happened to be along for the ride. I was able to work really hard and was compensated nicely.”

After retiring in 2004, Ward returned to the Upstate and got involved in another kind of derivative:  restoring historic homes, volunteering and giving back to CofC with the Scott Ward Award for Excellence in Mathematical Science Endowment.

“I wanted to do something a little more tangible,” he says. “I hope it encourages others to build their own endowment at the College. It’s a unique opportunity for people who want to give back because you can stage it in over time. Helping hands and encouragement are always needed to help people move forward and find their path.”

Created in 2007, Ward’s endowment has matured to where it can start paying dividends. The first recipient was John Cobb ’19. The mathematics and chemistry double major was recently awarded the National Defense Science and Engineering Graduate Fellowship and is pursuing graduate studies in math at the University of Wisconsin–Madison.

“I was grateful to learn that the mathematics professors that I have so much respect for at CofC would think of me for such an award,” he says. “In addition to easing financial strain, recognitions such as the Scott Ward Award strengthened my applications to graduate school.”

“You can just tell he’s going to do great things,” says Ward, who met Cobb at the Endowment Fund Donor Celebration. “The world of math is his oyster. Helping and encouraging someone to feel good about what they’re trying to achieve in life at an early age is always a good thing.”  – Tom Cunneff