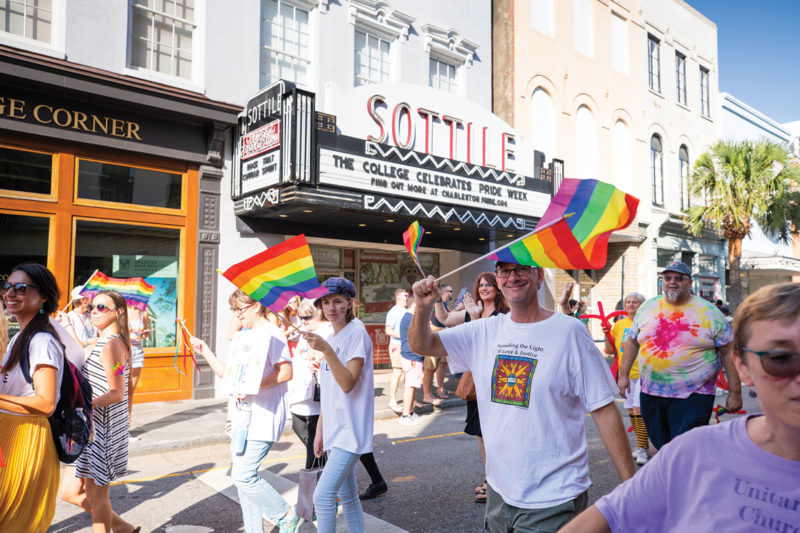 This past June, as communities across the U.S. celebrated LGBTQ Pride month and marked the 50th anniversary of the Stonewall Riots, the College Libraries announced the successful match of a $25,000 challenge gift for LGBTQ Life in the Lowcountry, a project dedicated to collecting and sharing the stories of the region’s lesbian, gay, bisexual, transgender and queer community.

To ensure the project became a permanent resource, local philanthropist and civil rights activist Linda Ketner offered a challenge, promising to match donations to the project dollar for dollar, up to $25,000. Answering the call, Charleston native and literary editor Harriet McDougal made a significant commitment in memory of her dear friend Reeves van Hettinga, who passed away last year.

McDougal’s gift, combined with those from more than 20 others, allowed the Libraries to meet and surpass Ketner’s $25,000 challenge. As of June 2019, individual donors committed more than $53,000 to the project. These funds will allow the project to grow, expanding its research into communities throughout the Lowcountry and guaranteeing these stories will be saved and accessible to the public and scholars.

Asked why she became involved all those years ago, her answer is straightforward: “I had friends who didn’t seem to have anyone helping them.”

Headed by the College Libraries and the Women’s Health Research Team, LGBTQ Life in the Lowcountry seeks to shed light on understudied LGBTQ populations by collecting archival materials and recording oral histories. The project is the first of its kind in the region and was made possible by a $200,000 grant from the Gaylord and Dorothy Donnelley Foundation.

As McDougal says of Reeves and William van Hettinga, their history “is the history of Charleston.”

The same is true for all individuals whose stories are collected by LGBTQ Life in the Lowcountry. – Vincent Fraley