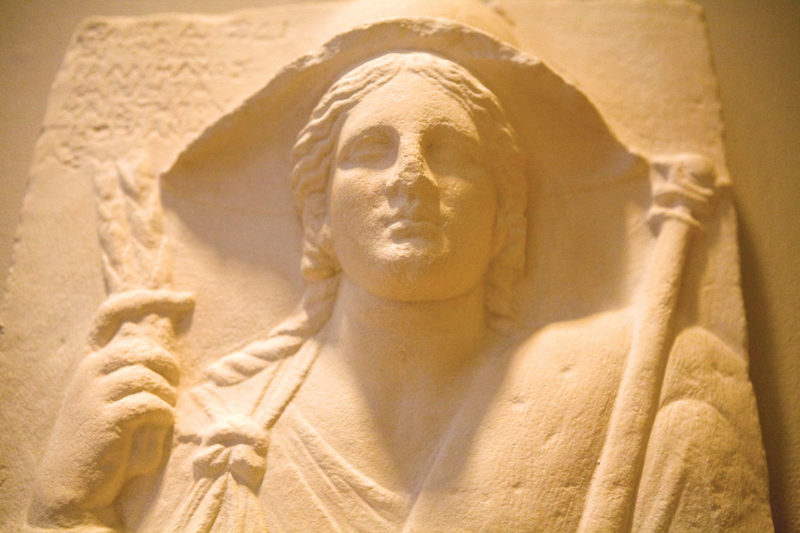 Henry David Thoreau famously said, “I have traveled a great deal in Concord,” meaning he had visited many a far-flung locale through the pages of books. In a similar fashion, Lucia “Lou” Vest ’47 traveled to Greece, Rome and other ancient places by way of McClellanville, Conway and Roanoke.

From the time she was old enough to have a library card, Lucia frequently headed to the local library in her hometown of Charleston. Her passion for learning led to earning her bachelor’s degree in Latin from CofC and then her master’s degree in Classics from the University of Virginia.

“If Lou had had her druthers, she would have been a librarian,” says Edward N. Vest of his wife, who opted for Latin as the College had no library sciences degree at the time. “She literally loved books, and she devoured them.”

“She was a very intelligent woman,” adds Edward, a former educator in his own right who earned his bachelor’s, master’s and doctoral degrees from George Washington University. The couple met when Lucia was hired at the Maryland school where Edward taught.

“We taught right across the hall from each other,”  he says. 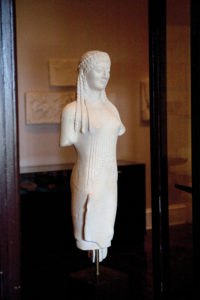 Lucia’s commitment to her vocation left little time for globe trotting, though the couple has made it possible for numerous College of Charleston students to do so. A surprise inheritance from Edward’s parents provided the couple, who had no children, with the seed money to create scholarships. A planned gift was thus divided equally between the College of Charleston and Edward’s alma mater, George Washington University.

In 1995, they established the Johnson-Vest Scholarship at the College of Charleston, which is awarded to Classics majors to encourage the study of
Latin and Greek. The scholarship enables students without the means to visit the places so beloved to Lucia.

The high school teacher taught many subjects, chief among them Latin and the Classics, highlighting the ancient marvels found in Greece and Rome, places she treasured until her death in 2015.

The CofC Johnson-Vest Scholarship honors Lucia’s parents, Irene Ebert Johnson and George Arthur Ziozias, a Greek emigrant from Corfu. Ziozias literally jumped ship in Wilmington, N.C. to land in Charleston, picked the name Johnson out of the phonebook and used it as his own. The Johnsons gave each of their children the middle name Ziozias and instilled in them a love of Greek and Roman culture.

“She was very proud of her roots,” says Edward.

And the scholarship recipients offered a new way for Lucia to travel to her roots by way of the letters she received from the students who wrote of their studies and their time abroad. “She would read those again and again and again,” says Edward.

Lucia’s legacy lives on through students like Allie Davis ’19 (A.B. Classics and archaeology), who is working in Greece’s Peloponnese.

“The opportunities provided by the Johnson-Vest Scholarship have allowed me to pursue Classics, something which began as only a personal interest,” says Davis. “The gratitude that comes with being a recipient of the scholarship made me adamant about and tenacious toward my academic work. It assisted in taking me abroad to study for two summers and two semesters, and helped me fall in love with learning. The Johnson-Vest Scholarship did this for me at the beginning of my academic journey and thereby set me on my professional path before I even knew this was the direction I wished to go.”  – Maura Hogan ’87