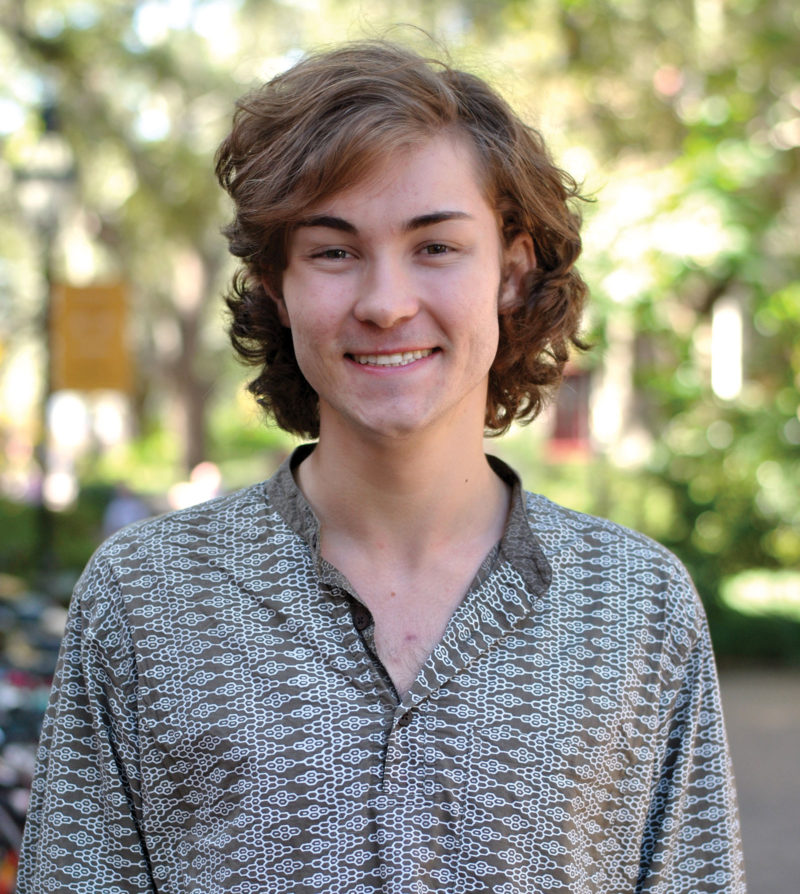 In 2018, Brady ’08 and Angela Quirk-Garvan established the Quirk-Garvan Endowed Scholarship to reward, encourage and promote leadership as well as civic and social action among students. Both the Quirk-Garvans had transformational experiences in college and want to ensure that more students have that ability, regardless of their financial situation. Their hope is to inspire future generations of social activists, change agents and civic leaders. As a campuswide scholarship, the Quirk-Garvan Scholarship allows its recipients to be majors from any of the College’s programs – from mathematics to music majors.
The Quirk-Garvans believe leaders, civil activists and changemakers are everywhere.

Inspire is exactly what the Quirk-Garvans have done. Just ask their first scholarship recipient, Tanner Crunelle ’20. For Crunelle, the scholarship encourages his work within the classroom, on campus and in the greater Charleston community.

“The Quirk-Garvans’ generosity not just lessens overwhelming college costs, it affirms my vision of a just world,” says Crunelle, who is blending coursework in women’s and gender studies, English and Southern studies to marshal critical thought responsibly into the real world, create hopeful new connections and affect broad-based institutional change within the College of Charleston and beyond.

After initially creating the endowed fund through their estate, the Quirk-Garvans were so inspired by seeing interactions between other donors and their recipients that they decided to establish an annual scholarship portion of the gift, which they funded immediately. They look forward to watching their scholars create positive change locally, nationally and globally for years to come.  – Peggy Cieslikowski