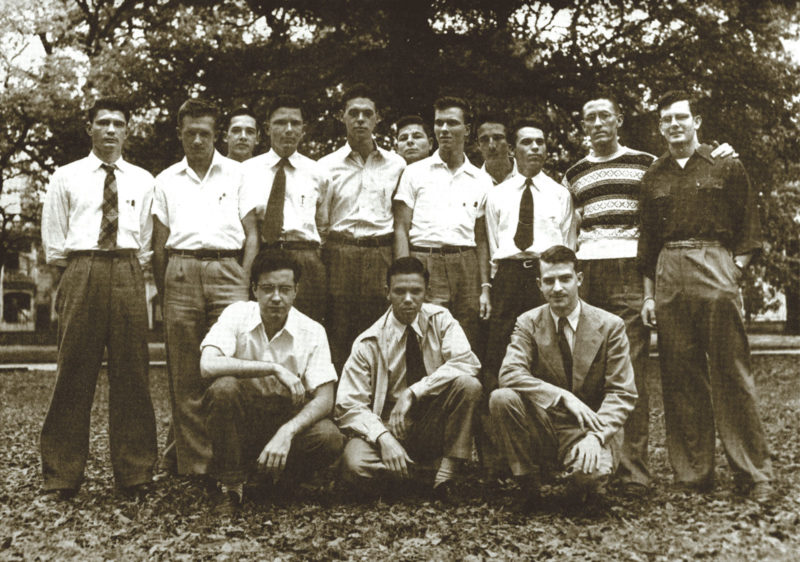 College of Charleston Distinguished Alumnus Joseph “Joe” Warren Cabaniss ’47 had a lifelong pursuit of justice and equality. That is why his sons saw it fitting to make a gift to the Avery Research Center for African American History and Culture in memory of their father.

The gift will bolster efforts to preserve and share stories of African Americans in the Lowcountry. The former building of the first accredited secondary school for African Americans in Charleston, established in 1865, requires physical improvements to its Reading Room and collection storage spaces to expand access to its exceptional resources.

“Our father was both a student and a teacher at the College,” says his son, Stephen Cabaniss. “He enrolled as a freshman in the fall of 1941, but the attack on Pearl Harbor changed his plans and he enlisted in the Marine Corps in 1942, returning to the College after the end of the war.”

As a student leader, Cabaniss’ tenure at the College was marked by academic success and social activism: a member of Pi Kappa Phi, recipient of the Bryan Mathematics Prize and vice president of the Cliosophic Literary Society.

His commitment to excellence continued after commencement. Upon graduation, Cabaniss received the Robert Worth Bingham Prize for a speech advocating the end of racial segregation. After earning his juris doctorate from UofSC, Cabaniss embarked on a career as an attorney, faithfully serving his community, including as chairman of the Charleston Council on Human Relations. He also served on a committee appointed by then Governor Robert McNair to attempt to resolve the 1969 strike by hospital workers at MUSC.

The Cabaniss gift presents the opportunity to identify and collect local archival collections that chronicle the legal pursuit of civil rights and social justice waged by African Americans and their allies in Charleston – something that would make Cabaniss proud.  – Vincent Fraley