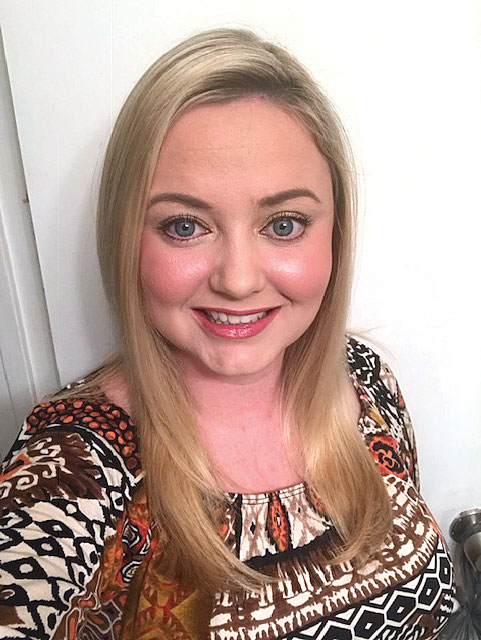 If there is one word to describe Amber Gray ’19, it’s tenacious. After all, the 31-year-old College of Charleston student’s path to a degree has been both uncharted in her family and an uphill battle.

Thanks to her impressive will, as well as philanthropic support – Gray is a 2018–19 recipient of the School of Professional Studies scholarship funded through gifts to the Dean’s Excellence Fund – she’s using her tenacity to juggle a job, raise two young children and pursue an undergraduate degree in the School of Professional Studies at the College of Charleston North Campus.

“In my family on my mom’s side, I was the second person to finish high school,” says the North Charleston native. In her father’s entire extended family, she was the third family member to do so. And she did so in the midst of considerable family turmoil.

“My parents were in and out of prison my whole life,” says Gray. “They unfortunately got into drugs when they were 20 years old.”

Because of this, Gray was raised by both her grandmothers, who took care of her starting at the age of 2. Having since overcome their challenges, each parent has cultivated a friendship with their daughter.

Today, Gray has a supportive husband and two children, but the demands of family and employment result in a particularly full
plate as Gray pursues a college degree, which builds upon a two-year degree she earned from Trident Technical College.

It was not until joining the workforce that she realized the lack of a full four-year undergraduate degree was holding her back professionally. When Gray began her studies at the College in 2016, all of her 60 Trident credits transferred. After spending a few hours with a guidance counselor at the College and taking tests like the Myers-Briggs Type Indicator, she elected to major in project management.

“We realized how much I love organizing and planning,” says Gray. “That really made sense for me.”

With her trademark drive and commitment, she is certain to be a success in her field of study.  – Maura Hogan ’87