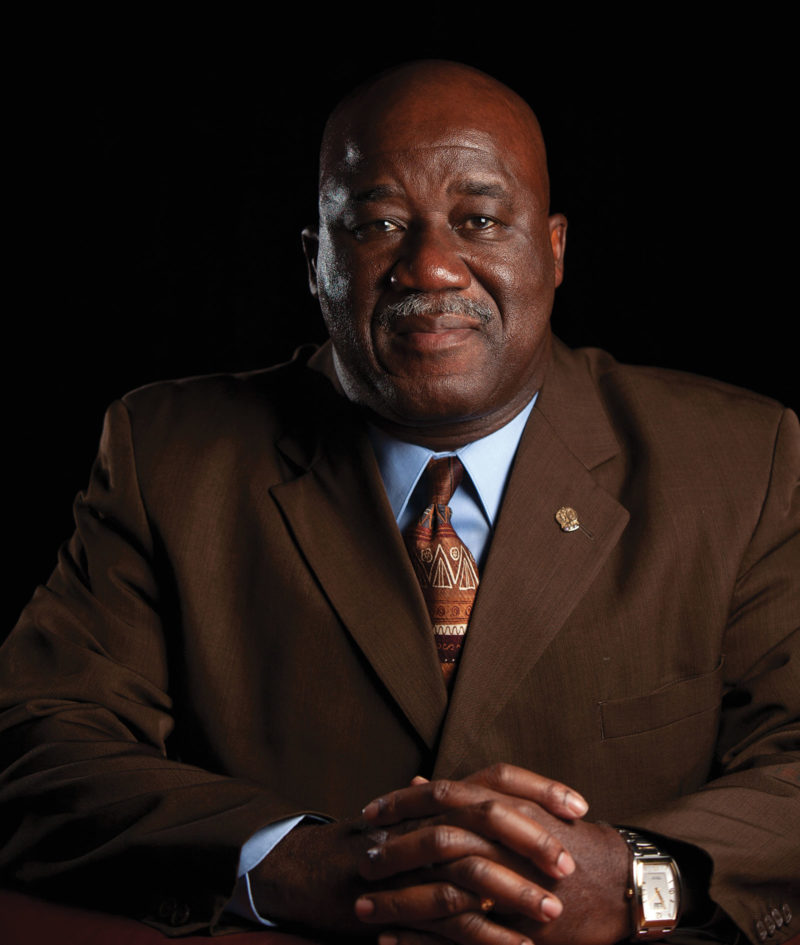 On the bookshelf behind his desk in his third-floor office in TD Arena, Otto German ’73 has two framed photos. Perhaps a man’s life can’t be summed up in a couple of photos, but these two come pretty close.

The first is a portrait of German and his late wife and partner of 51 years, Albertha, who passed away in December 2017. He still remembers the exact day they met: June 20, 1966.

“I was honored to be a part of something new to the College,” he says. “But here we are years later, and there’s still work to do when we look at diversity across the board in all areas of the College.”

German, who became the second black scholarship athlete at the College, knows the importance scholarships can play in a young athlete’s life, so it makes sense that two athletic scholarships were named in his honor by the Alumni Association.

“I’m humbled and honored that my fellow alums think that much of me,” says the recent retiree. “That is better than being in the Athletics Hall of Fame.”

With the Otto B. German ’73 Endowed Alumni Scholarships in Athletics, German’s 50-year legacy at the College will continue.  – Tom Cunneff