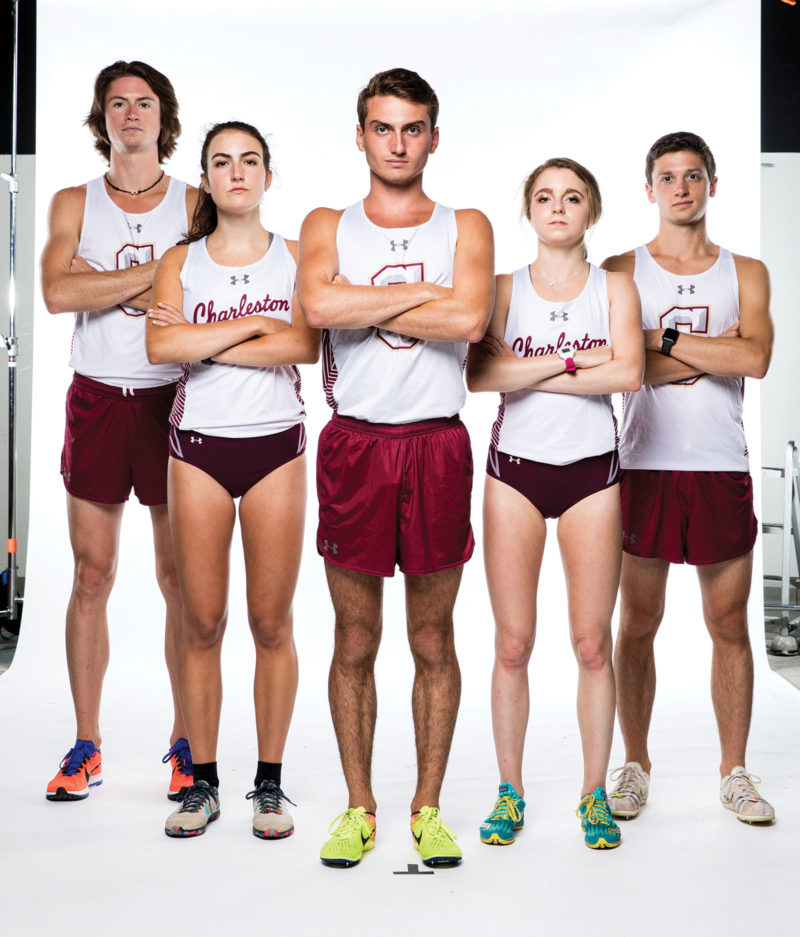 “I’ve been passionate about running and endurance sports in general for pretty much as long as I can remember,” says the biology major. “I’m super lucky to be able to incorporate it into my college experience.”

But soon after his arrival in the Honors College, DiBona found himself on a different kind of treadmill, dealing with the unexpected pressures of the elite academic program.

“Honestly, it was kind of a dark time,” he says. “I just came into college expecting it to be very easy. Academic Magnet is a notoriously hard high school. I did well there, so I thought college would be all flowers and sunshine, and it wasn’t.”

By the end of the fall semester of his sophomore year, his GPA had dipped below 3.0, which was unacceptable to the medical-school hopeful. With the realization that he was going to have to change his ways if he ever hoped to become a doctor, and the help of the Collegiate Recovery Program, DiBona managed to find the light in his junior year. Last spring semester, taking 17 hours and some of his hardest classes, like cell biology, he earned a 3.98 GPA.

“The Collegiate Recovery Program has been a godsend for me,” says DiBona, whose mother Dee DiBona is a physician with Student Health Services. “It gave me a group of like-minded students who don’t drink or do drugs and are trying to have a little bit of a different college experience in a very meaningful way.”

“Otto is one of those people who I would like to be like at some point in the future because he’s so involved in his community,” says DiBona, who also is an ER tech at Roper Hospital. “He’s a bit of a pioneer, too, being one of the first African American students on campus. To be associated with somebody like that is a real honor.”  – Tom Cunneff