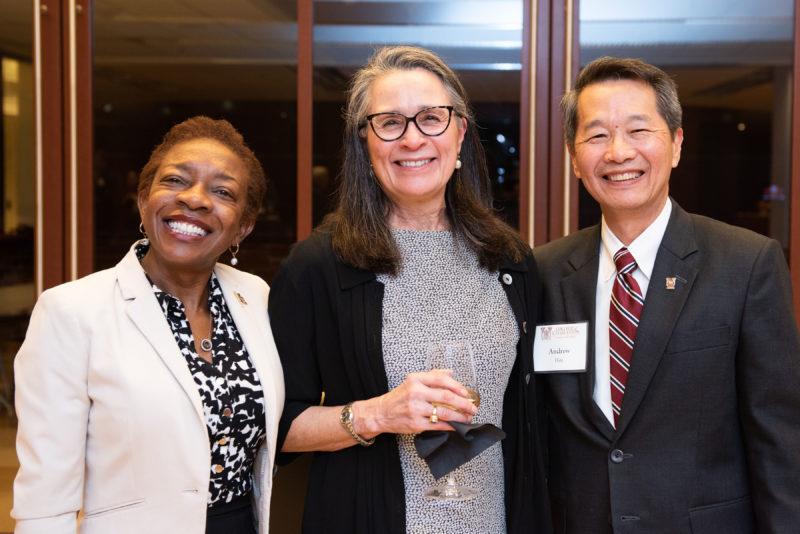 During the College’s centennial celebration of its first female students, the Friends of the Library invited Distinguished Alumna and former board member of the College of Charleston Foundation Arlinda Locklear ’73 to be the featured speaker of the 2019 Winthrop Roundtable. Initiated nearly three decades ago through a philanthropic investment by John and Libby Winthrop, the annual event is intended to incite thought-provoking discourse and showcase unique viewpoints to our community.

Locklear captured the audience’s attention; she knows the law. The first Native American woman to argue before the U.S. Supreme Court, she has twice served as lead counsel in cases in which the nation’s highest court ruled in favor of tribal parties seeking justice that has proven elusive and long overdue for many issues facing Native Americans.

In her address and subsequent colloquia with undergraduate students, Locklear detailed her experiences at North Charleston High School, the impact of the College’s professors on her life, and the crests and troughs of her career as an attorney.

Students discussed a new federal policy that left them rankled and asked Locklear how she remained steadfast in her commitment to social justice in the face of seemingly insurmountable legal obstacles.

“It may take another hundred years, but we will get it,” answered Locklear. “Never accept unjust decisions. The law changes or the system changes. You have the power to do both.”

Locklear is a shining example of that power. — Vincent Fraley